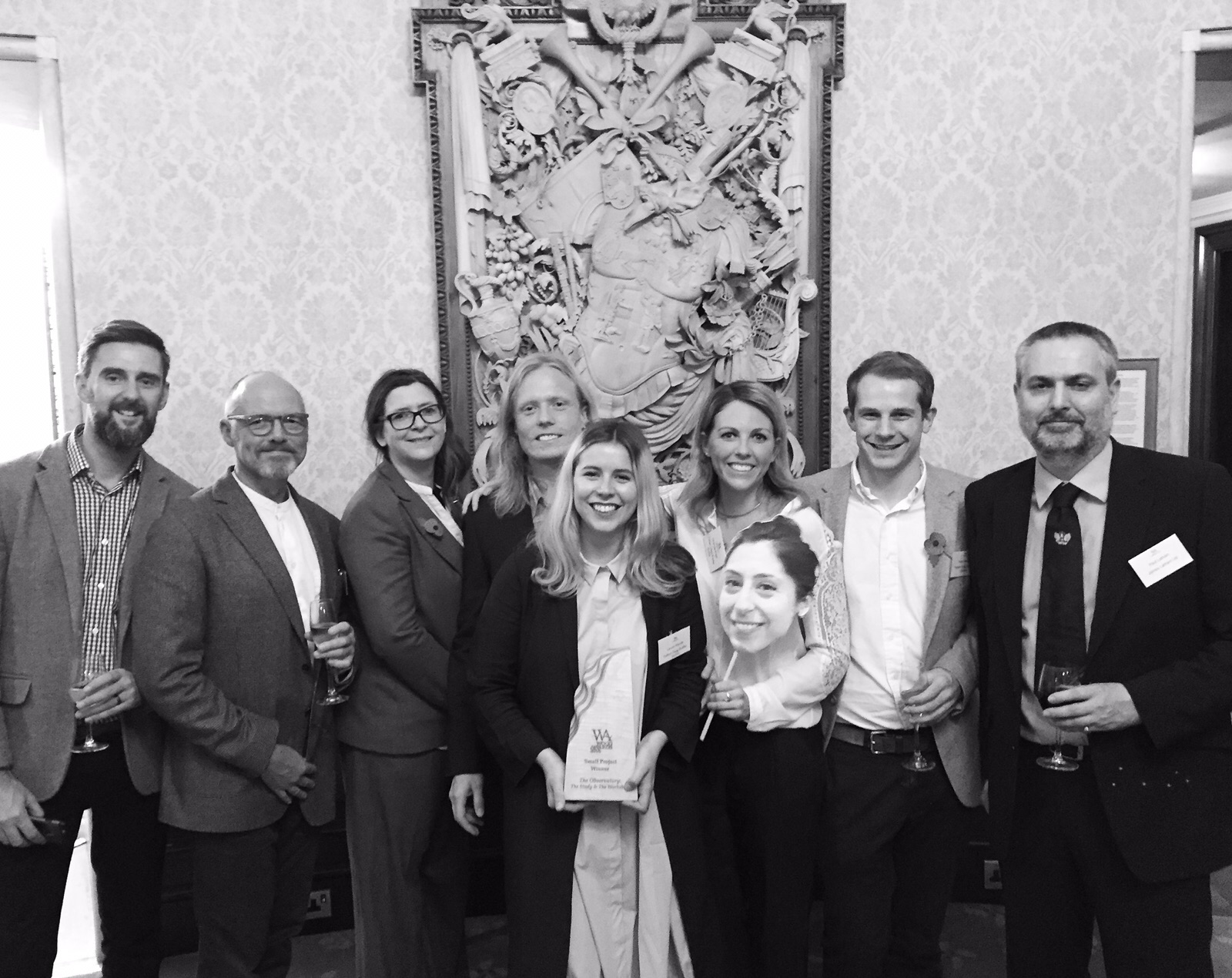 The Wood Awards: Excellence in Architecture and product design 2015

On the 10th November, the architects and artist behind The Observatory: The Study and The Workshop, received national recognition as they won the small projects category at The Wood Awards ceremony at Carpenters’ Hall in London. The Wood Awards was established in 1971 and recognises, encourages and promotes outstanding design, craftsmanship and installation using wood in projects throughout the UK. Architects and designers from around the United Kingdom were invited at the beginning of the year to enter their wood-based projects into The Wood Awards. The team are in high spirits after winning the awards and feel rewarded that all their effort put into the project is now being recognised.

The Observatory is a mobile artist studio and workshop designed to encourage interaction between artists and their audience, through a blurring of public and private and inside and outside spaces.

Four architectural assistants from FCBStudios (Charlotte Knight, Ross Galtress, Mina Gospavic and Lauren Shevills) together with Devon-based artist Edward Crumpton won a competition to create a structure that could house multi-disciplinary artists and directly engage with the public. They responded to the brief by creating two rotating wooden structures. The Observatory was designed and won by the team back in April 2014 for a competition brief by SPUD (Space Placemaking and Urban Design) which is a charity company based in Winchester.

For more information on the award and project please click on the link below: