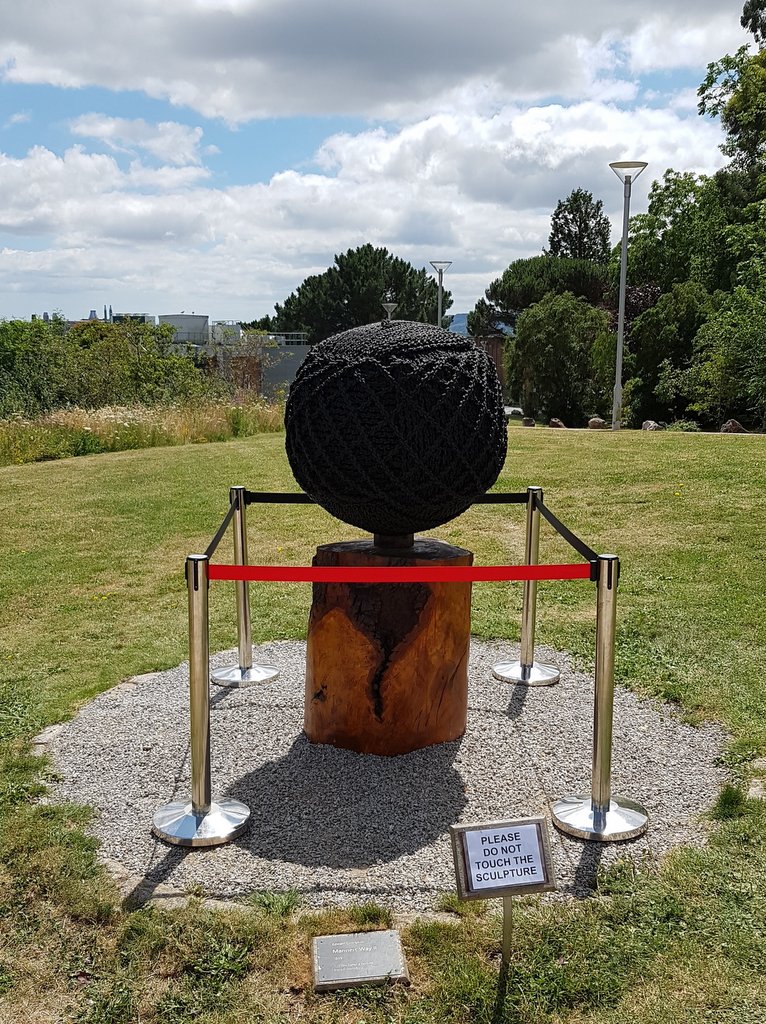 This summer Mariners Way II had some restoration work needed to replenish the tar and re knot some of the loose rope. The other task was to replace the beech plinth which had started to deteriorate beyond repair. I discussed options of replacing the plinth with Exeter University and we decided that we would find a large piece of wood that has been felled in the university to replace it. The Arts and Culture Team spoke to the grounds team and they said that an oak tree had been felled a few years ago and it could be used as a plinth. We made some measures from the old plinth and then looked at what is closest to that size. We found one that was suitable and so the ground teams began moving the plinth in the workshop for preparation. A few months later the plinth was ready and then it was installed after I re-tarred the rope ready for 2019’s graduation ceremony.

It is good to see the sculpture looking it’s best and really pleased with the efforts Exeter University made in making a new plinth.