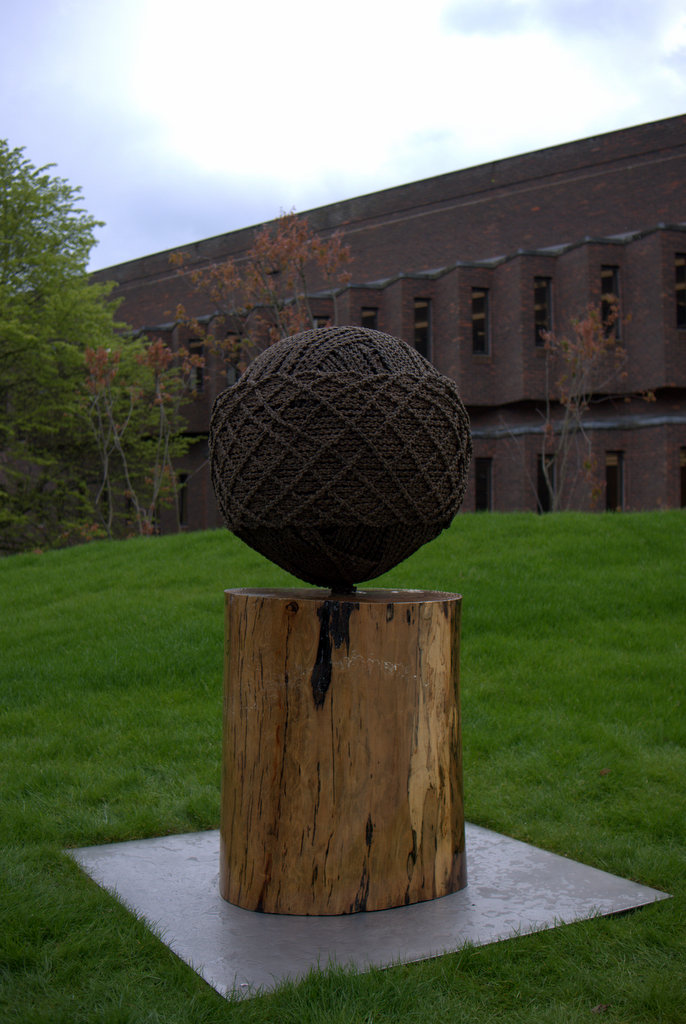 Mariners Way at University of Exeter

This sculpture centres around the Mariner’s Way walk. The 73 mile route is recorded in 146,000 knots indicative of how many steps it takes to complete the journey.

The Mariner’s Way Walk is an ancient journey crossing Devon; from Bideford on the North coast to Dartmouth on the South. The journey was undertaken by seamen wishing to change ships. Although the walk was treacherous, the shipping industries were of such an importance that this journey proved lucrative. Today a weather-beaten stone cross and a traditional Medieval Longhouse mark out where this ancient route existed. Traces of the track now echo in the traditions of Dartmoor.

The use of the half-hitch macramé knot (in traditional Tarred Marlin rope) is important on several levels. It works as a physical representation of each step undertaken by the mariners; in a medium integral to their lives. This traditional maritime skill would have had both a practical application in their work and served as a form of artistic expression. Mariners used knotting to create decorative pieces of macramé, that they would often sell on their travels.

The form of this sculpture is temporary; evolving during its lifetime with the 6,000m of rope arranged into a number of shapes. In the future, the ball will be unravelled, so that the rope can be used to construct a passage house. The current form emphasises the physical undertaking of the walk and the future form will anchor the sculpture to its local heritage.