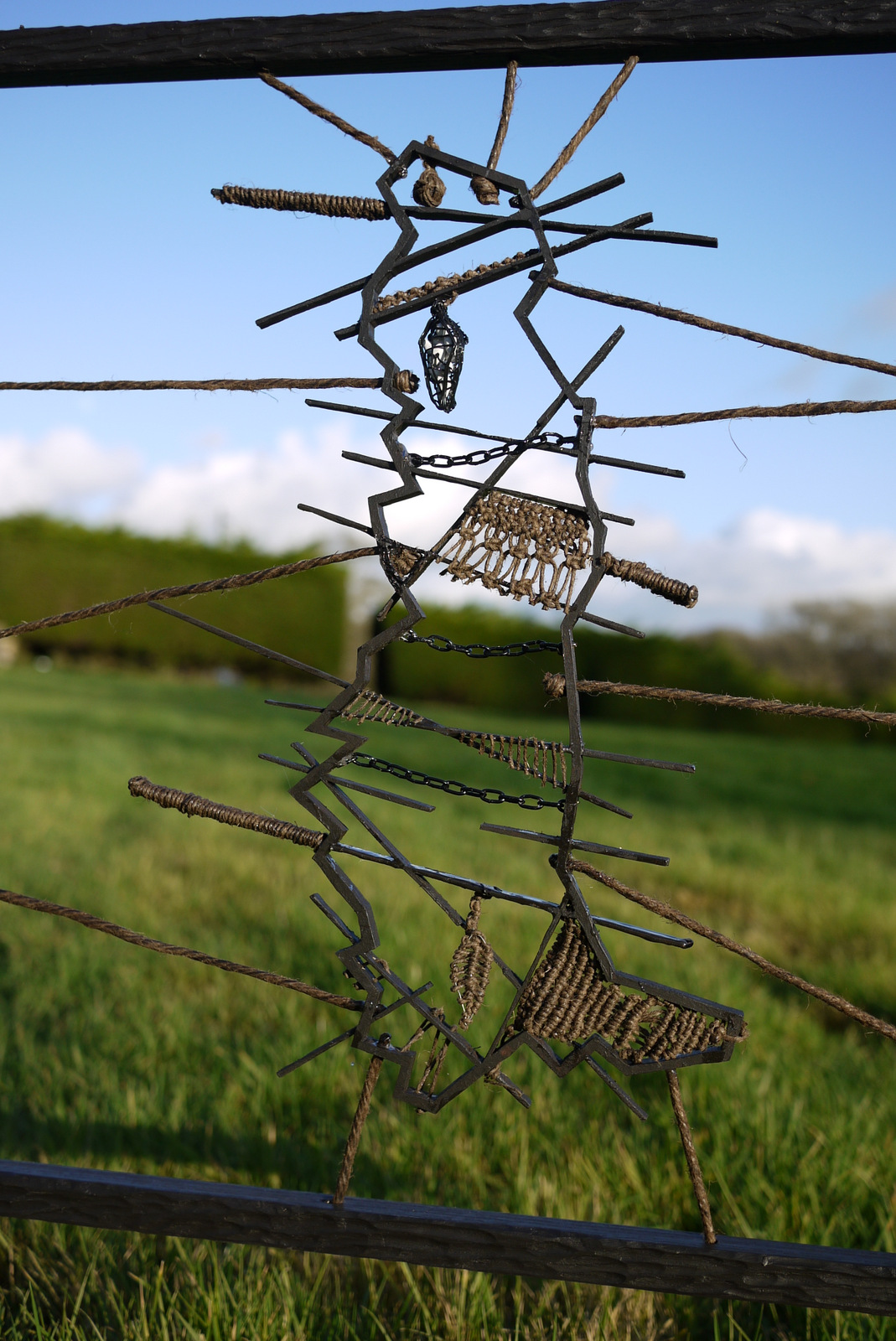 Currently, I’m visiting twelve islands off the British Isles as a way of discovering how these islands were formed and influenced the habitation of people and wildlife. Every island is unique, from its geology, uses and how it has been eroded over time. I’m fascinated by the idea of going to place, surrounded by the sea and exploring its rich history and sublime views.

Over the past month, I have come up with a new rope sculpture maquette that is inspired by my exploration of Lundy Island in 2014. My idea is to create a rope and wooden sculpture that map out the geological, maritime, wildlife and cultural history of this Island. The wooden sculpture called Island l will be constructed from reclaimed teak. It is a 54 sided irregular polygon which outlines an aerial viewpoint of the island. Rope suspends the island shape around a wooden frame and connects with the island at known shipwreck locations.

The geology of Lundy varies dramatically from East to West; the West being eroded more by the prevailing sea. I have highlighted this by exaggerating the shape and angles on the West side of my island sculpture. I wanted to include the dykes which run along the island and have shown this by adding the lengths of wood in and out of the island. Inside the sculpture, small objects will symbolise the different ways in which the island has been inhabited. There will be three chains that will run inside the island representing the walls Thomas Benson forced prisoners to construct. I have also included a number of ceramic eggs to represent Puffin’s which nest there every year. There will also be tobacco leaves hung at the bottom of the artwork to reveal the smuggling that occurred on the island. Hand knotted rope will be located in different areas of the piece to add depth and volume to the artwork.

The artwork will be painted with Stockholm Tar, a traditional process of weatherproofing ships. Stockholm Tar comes with its own history and evocative smell of the sea.

I want the artwork to be located in a well sunlight place so that when the light hits the sculpture, interesting shadow lines will appear on the ground or trees. This contemporary sculpture maquette encapsulates Lundy Island’s history by using traditional maritime practices to create a sense of continuity between the past and present.