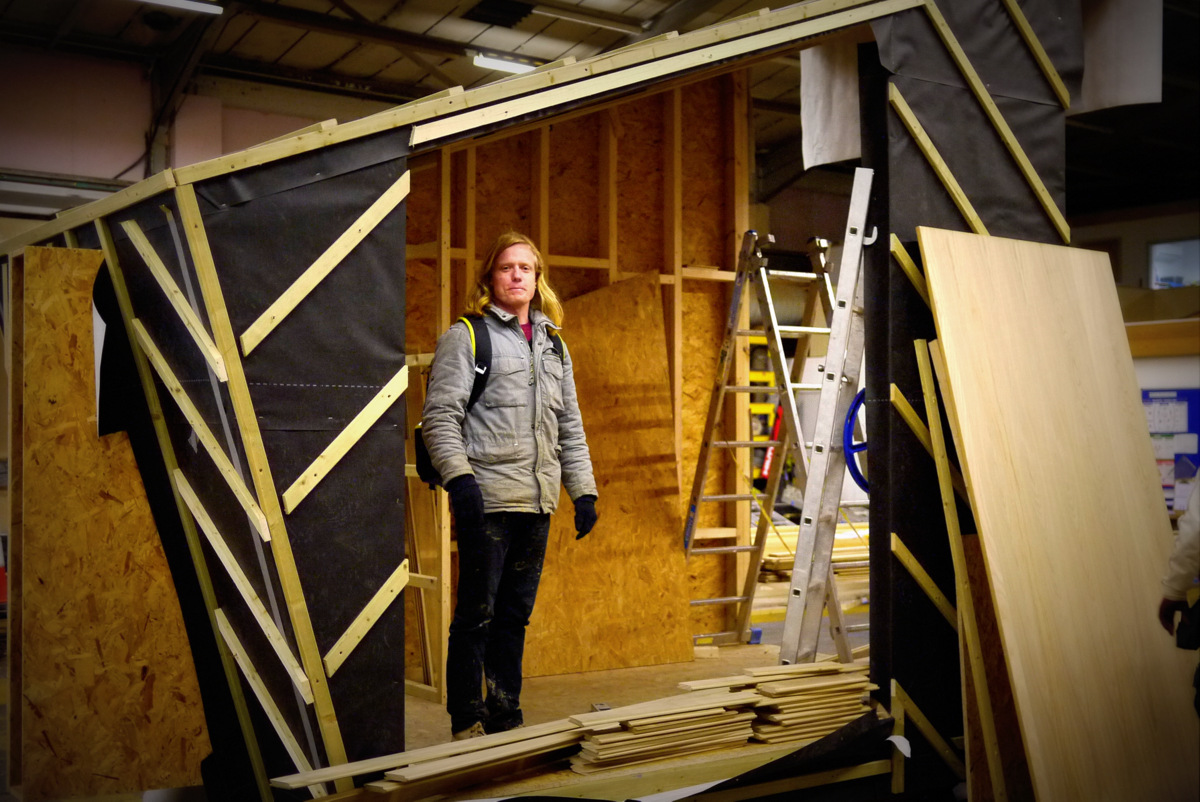 The Observatory Project close to completion

Over the course of the six months a lot of design and development has taken place on The Observatory project and with only a few weeks to go until the launch I thought I’d give you a sneak preview of the building and rope screen. In the photo you can see two observatories, one of which will be for the artist and the other a space to hold workshops, events, live performances. The building closest to the camera will hang my rope screen. The blue wheel located inside the space will be used to revolve the building into different positions as to the artist’ preferred view and hopefully be inspired by it. Covered around outside of the building this charred wood is going to be attached to give a more naturally feel to the building. The burning effect it has on the wood reminded me of charcoal. After many hours of preparing and measuring work has now started on the rope screen which you can see here being developed in the studio. I had planned on making something relatively simple but saw it as a good opportunity to make something that has both intricate design and symbolic meaning to the space. The rope screen sitting beside the charred timber will give a very natural look to the building as a whole. I’m looking forward to finishing the rest of the screen off in the next few weeks!